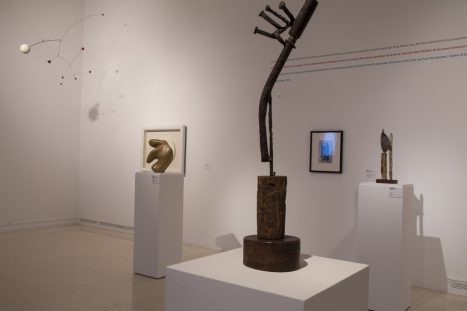 Constructing New Worlds. The Historic Avant-gardes in the IVAM Collection 1914 – 1945

CONSTRUCTING NEW WORLDS. HISTORIC AVANT-GARDES IN THE IVAM COLLECTION (1914-1945) is an exhibit proposal which brings together some of the first figures of the creative scene of the first decades of the 20th century: Duchamp, Man Ray, Grosz and Heartfield, Picabia, the Roberts and Sonia Delaunay, Stepanova and Rodchenko, Kulagina, Klucis, Lis­sitzly, Moholy-Nagy, Julio González, the Arps, Kurt Schwitters, Naum Gabo, Calder and Josep Renau, among others.

From a total of 1,000 pieces from this era in different techniques (painting, collage, photography and sculpture), structured thematically and non-cronologically, the exhibit proposes a new analysis of this outstanding part of the IVAM collection, which is considered to be one of the most unique collections in Spain.

This review of the IVAM collection includes a large number of works centred on poetical and onirical views, closely related to the dadaist and surrealist movements, among which Man Ray, Kurt Schwitters, Raoul Hausmann, André Kertész, Georges Hugnet, André Masson, Óscar Domínguez, Benjamín Palencia or Anton Stankowski, among others, stand out.

On the other hand, these funds that the IVAM is bringing to light on the occasion of this exhibit, cover a combination of artistic practices of analytical order materialised in abstract ways. In that sense, and placing Marcel Ducamp as an obvious reference, we can find valuable contributions from artists such as Moholy-Nagy, László Peri, Frantisek Kupka, Bart van der Leck, Georges Vantorgerloo, Jean Hélion, Naum Gabo and his brother Antoine Pevsner, Varvara Stepánova or El Lissitzky.

These two lines are joined by a number of creations closely linked to propaganda art, art for social criticism and for political commitment, that used photomontage, derived from the cubist collage, as an instrument of top-rated plastic intervention. Thus, with artists from the former Soviet Republic, such as Gustav Klucis or Valentina Kulagina; from Germany, such as George Grosz or John Heartfield; or from Spain, like Josep Renau or Helios Gómez, the IVAM offers one of the best existing collections from a key period of the history of art.

Constructing New Worlds covers this artistic legacy, which is one of the basis of the development of modernity through a thematic structure divided in ten rooms.

Seven of them include projections, which provide a context for works, with titles such as An Andalucian Dog (1929) by Luis Buñuel, Mechanical Ballet (1929) by Fernand Léger and Modern Times (1926) by Charles Chaplin. 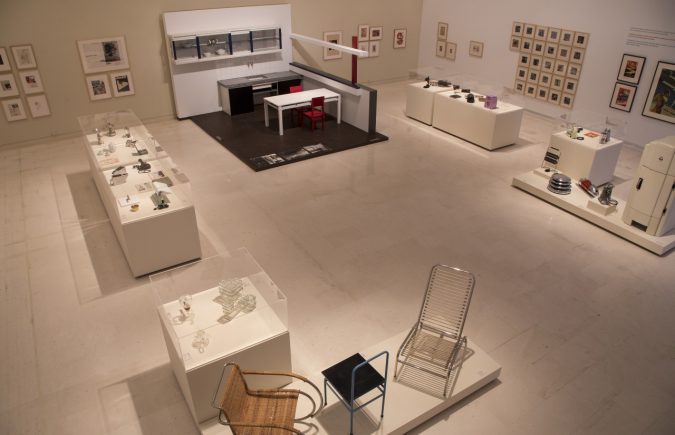 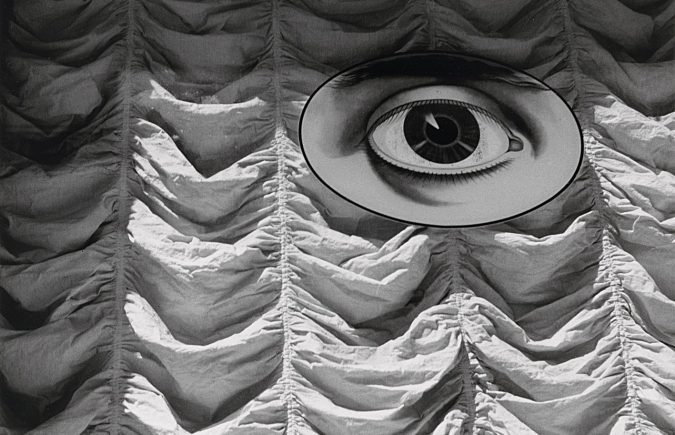 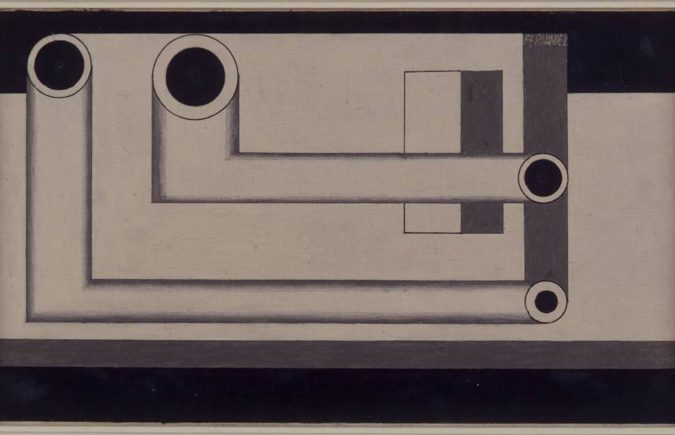