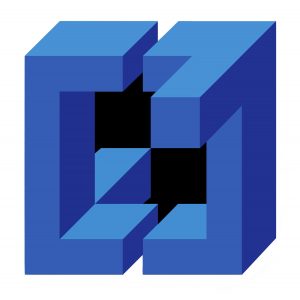 I started the “Impossible Figures” with the Before Art group in 1967 and have continued them at the Calculus Centre of the University of Madrid since 1968. I was trying to explore the idea of space-time, of shape, integrating it into the scientific knowledge of that time. I created some geometrical figures based on projections that would tear down our perceptive experience, creating a certain sensorial conflict. I based my work on systems of projection that admitted a fourth dimension metaphorically. I was trying to develop rational and effective images, based on a paradoxically “impossible” logic, looking for a new order and generating action of active interpretation, but of a high aesthetic and emotional value.