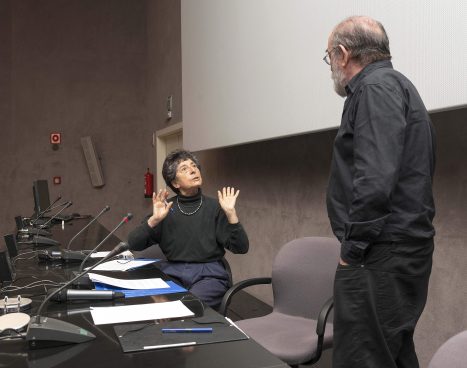 It is a two voices "conversacCión" in which the artists draw a landscape of actions, gestures and words

The ‘Institut Valencià d’Art Modern’ (IVAM) will present on Friday, the 8th of May at 7:00pm the interview-action between the performer Bartolomé Ferrando and the multidisciplinary artist Esther Ferrer, who was awarded the Velázquez Award of Plastic Arts on 2013 and the National Award of Plastic Arts on 2009. This is a conversaCtion with two voices, in which the artists will depict a landscape of actions, of gestures and of words.

Esther Ferrer is a pioneer in the art of action in Spain and her work has been recognised internationally. She is known for her performances, which she puts on individually or as part of the group ZAJ (which dissolved in 1996). In the early sixties she created, together with the painter Jose Antonio Sistiaga, the first Free Speech Workshop, which was the seed to many other parallel activities, among them an experimental School in Elorrio (Vizkaya).

In 1999 she was one of the two artists that represented Spain at the Venice Biennale. Esther Ferrer has exhibited her plastic work in several museums and art centres such as the Reina Sofía in Madrid, the Galerie Donguy in Paris, the Statsgalerie in Stuttgart, Koldo Mitxelena Kulturunea in San Sebastián, the Centro Andaluz de Arte Contemporáneo in Seville or the Círculo de Bellas Artes in Madrid.

Bartolomé Ferrando is a Performance lecturer at the Universitat Politècnica de Valencia. He participates in numerous performance events and festivals around Europe, America and Asia, he has coordinated international festivals at the IVAM, the MNCARS and the EACC, and he has exhibited visual poetry, objects and poetic installations in various countries. He was a member of the bands Flatus Vocis Trio, Taller de Música Mundana and Rojo, and is now a member of JOP, all of which devote themselves to the development of creative practices halfway between music, poetry and the art of action. 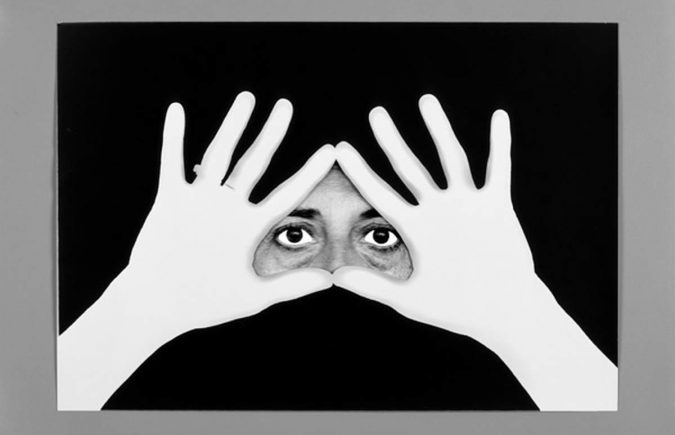