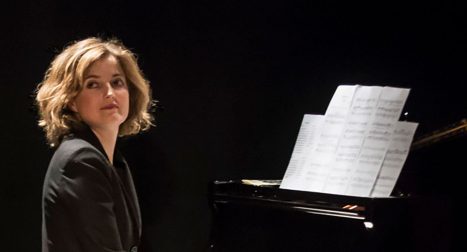 Exhibitions by women such as Mona Hatoum, Asunción Molinos, Lola Lasurt and Azucena Vieites are the highlights of the spring program.

The Institut Valencià d’Art Modern (IVAM) celebrates Women’s Day with a piano concert in tribute to the artist Carmen Barradas and a conversation between Empar Puchades and Mireia Vidal, activists in favor of the protection and defense of the orchard. These activities respond to IVAM’s objective of paying attention to gender issues by making the activity of women or the most invisible groups more present and applying the teachings of feminisms in the program.

On Saturday, March 6 at 12:00 AM, Empar Puchades, president of the Associació de Veïns i Veïnes Castellar-L’Oliveral, and the farmer Mireia Vidal, member of the Coordinadora Campesina del País Valenciano, will talk about the social movement of the neighbours of La Punta. The activists will analyze the history of the neighbourhood, scenes of struggles and protests against the destruction of the Valencian orchard, razed by the works of the Logistics Activities Zone (ZAL) of the Port of Valencia. A neighbourhood struggle that becomes a metaphor for many other invisible struggles for society and political debate.

The second proposal on the occasion of Women’s Day is the concert ‘Carmen Barradas (1888-1963): Imaginarios mecánicos sonoros’ that will take place on Friday, March 12 at 7 p.m. in the lobby of IVAM. The pianist Patricia Pérez will perform the most representative mechanistic compositions of the Uruguayan composer and pedagogue. An artist who lived intensely the cultural period of the 1920s in Europe with her brother, the painter Rafael Barradas. Despite being very close to avant-garde movements such as Vibrationism, Spanish Ultraism or Futurism’s machinist-music, she was forgotten like so many other artists.

“I am firmly committed to a more feminist IVAM and to inclusive and attentive ways of doing things. The goal is to ask ourselves not only about compliance with the law in terms of parity or equality, but also about narratives, the place of bodies, affections and care, the uses and scope of language, knowledge, practices and feminist methodologies,” says the IVAM’s director, Nuria Enguita.

The museum’s commitment to female visibilization is manifested in a line of exhibitions with a clear commitment to the work of women artists, who are the stars of the IVAM’s program this spring. The project by artist Azucena Vieites (Hernani, 1967) will occupy the museum’s transit space until May with posters created from queer feminist fanzines. Rehacer Break Out of Your Shell, 2020-2021 is the title of this work in which she reflects on gender issues based on the action of remaking.

Gallery 6 of the IVAM is hosting until April 11 the exhibition ‘Como solíamos…’ by Asuncion Molinos (Burgos, 1979). This work pays tribute to the farmer as a transmitter of ancestral knowledge, and to the Valencian orchard as a system created for social peace. For this, the creator has built 21 linear meters of pressed soil walls reproducing the route of the Valencian irrigation ditches.
The museum is preparing an exhibition about the Palestinian-born artist Mona Hatoum (Beirut, 1952) starting April 16. The exhibition will present recurring themes in the career of the Lebanese artist, winner of the Julio Gonzalez Award, such as vulnerability in the face of institutional violence, the role of women in the Arab world, borders and the re-reading of the traditional idea of home.

On April 29 it will be the turn of Lola Lasurt (Barcelona, 1983), who is preparing a project linked to pyrotechnics and Fallas festivities based on the encounter with a pardoned ninot named ‘Democracy’. The exhibition will establish an analogy between the aesthetic potential of the shots in sequence and the fundamentals of abstract painting, based on dodecaphonic scores, generating a relationship between the abstraction of fire and sound. 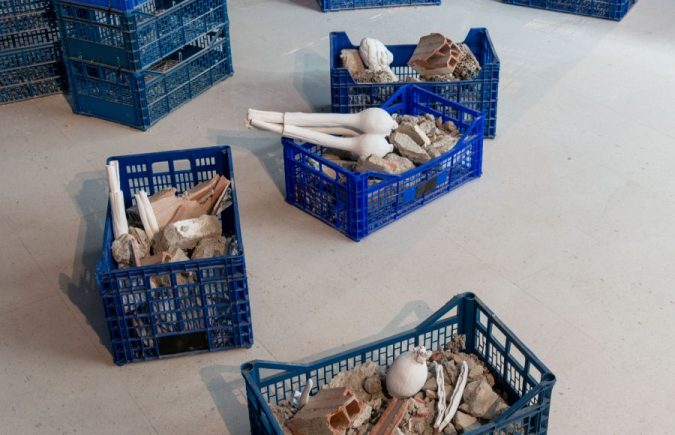 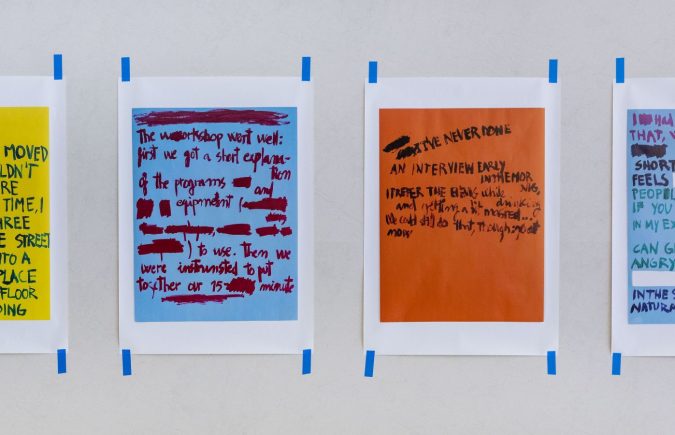