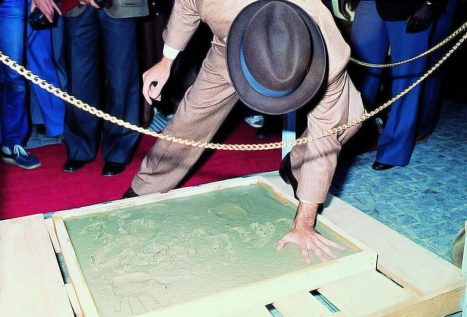 The exhibition Fake. It’s not true, it’s not lies in gallery 7 at the IVAM reviews some of the camouflages, infiltrations and sabotages undertaken by artists from around the world, since Orson Welles faked a Martian invasion to prove the manipulative power of the media in a society increasingly constrained by certain forms of veracity.

The exhibition comprises 44 works by 50 artists and collectives in four sections: HETERONYMS. The fiction of art,INFILTRATIONS. Trojan horses, DOCUFICTIONS. Questioning the veracity of the media, and DISCREDITS. Short-circuiting cultural authority.

Artists who invent other artists and ridicule the discourses of cultural excellence; documentaries pretending to show objective reality while mocking the press; performers who take on roles to blow away the certainty of what we see or hear; digital artists infiltrated in war games to short circuit users’ expectations; fake exhibitions presented in iconic museums of academic truth that end up exposing the fragility of their power; and let’s not forget, that fake, of course, is also a format inherent in the very discourse of power, which is why Fake. It’s not true, it’s not lies will be displaying some of the most terrible and notorious institutionally promoted fakes. Because, in short, the war of images aims to establish how we must believe.