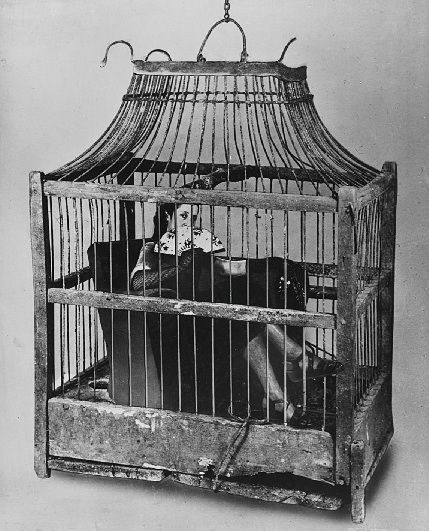 Advertising was the first field of action for photographer Grete Stern in the Berlin of the 1930s. Together with Ellen Auerbach, she founded an advertising studio where they designed their products according to the principles of the New Objectivity spread by the Bauhaus and whose essence defended the idea of the neue frau, a new women free of moral prejudices and capable to cope with work responsibilities and social leadership.

After Hitler’s rise to power in 1933, she was forced to flee from Germany and ended up living in Argentina, where she would remain until her death. Married with Horacio Coppola, she quickly entered the circle of Argentine intellectuals that had emerged around Sur magazine and Victoria Ocampo, a feminist of liberal ideology who was Perón’s enemy. From 1948 since 1951, Stern acted as an illustrator for the section “Psychoanalysis Will Help You” in the Idilio magazine (Editorial Abril), where readers were invited to send their dreams with the promise of psychoanalysing them. The column was signed by Richard Rest, a pseudonym that concealed the collaboration between Enrique Butelman and Gino Germani.

Greta Stern made 150 visual interpretations of dreams for Idilio in the form of photomontages that has as their guiding thread the middle-class woman and as a plot to the conflict and traumas emanating from her relationship with the patriarchal society typical of the Peronist regime. Stern composed them by using small scale models that create theatrical scenarios, playing with the placement of figures, backgrounds, lights and shadows, which she then photographed. The images for backgrounds and details came from her personal archive or from photographs made by Horacio Coppola. She also used as subjects for her photomontages people around her, mainly her daughter Silvia and her employee, Etelvina del Carmen Alaniz “Cacho”, who posed patiently for her. Unfortunately, Idilio magazine did not keep any of the original photomontages. The 46 dreams that have been preserved are those that Stern kept in her archive and reproduced for the different exhibitions held from 1956 onwards.

On the occasion of a monograph that the IVAM dedicated to the artist in 1996, Silvia, the daughter of Silvia and Coppola, donated the series Dreams to the museum to become part of its permanent collection.