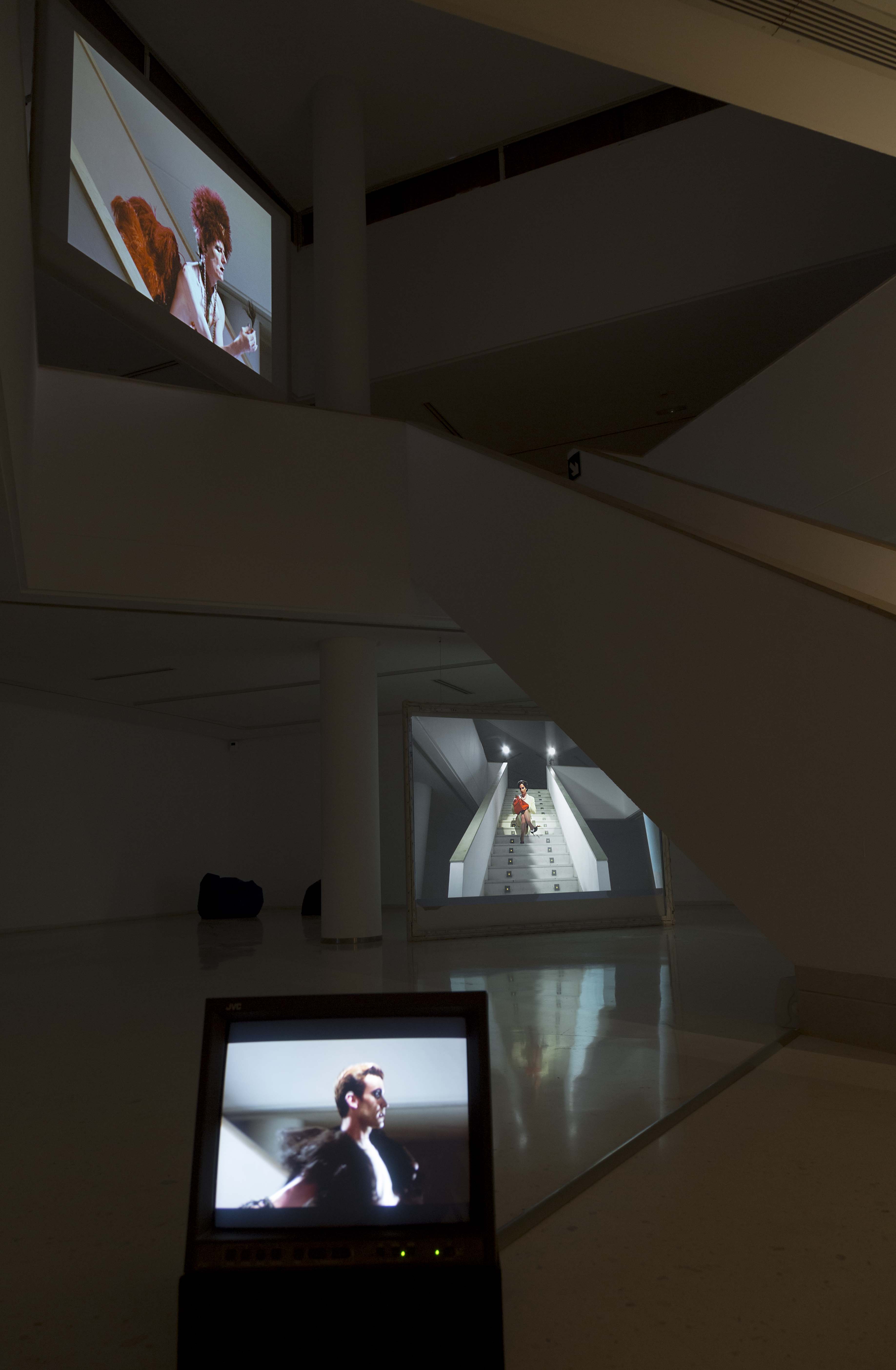 “Lost in Transition_ a performance poem by Cabello/Carceller.”
Gallery 6. IVAM. 2016

One of the projects that I was most interested in of all those that have been carried out in recent years at IVAM was “Lost in transition” by Cabello/Carceller, two female artists that I admire greatly, true pioneers of queer aesthetics in Spain. They called a series of people who had a “problematic approach to gender” to participate, in Gallery 6 in València’s museum, in what they described as a “performative poem”. What was staged was, certainly, the political condition of drag, but a will to deconstruct the heteronormative logics was also brought to light, making an “acting out” that parodied the mythical Duchampian “Nude Descending a Staircase”. Thanks to the courage of these creators, we witnessed a singular “rebellion through affection”. More than an exhibition, a memorable de-monstration.