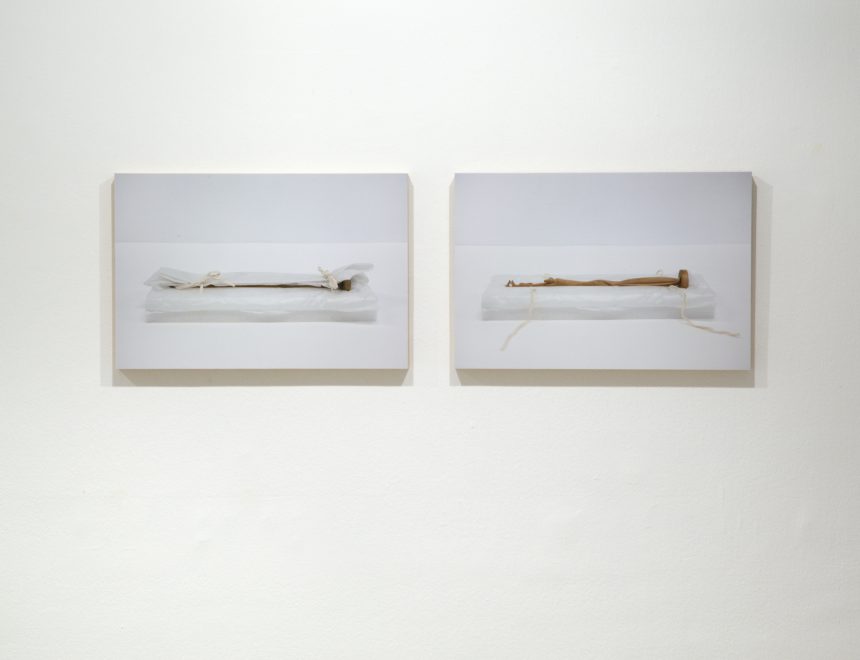 The exhibition Presence and Absence takes as framework Valencia when the city was the Second Republic capital during the Spanish Civil War. From November 1936 until October 1937 the city became a political, social and cultural laboratory of the highest order, in which important events took place such as the Workers’ Institute and Spanish Pavilion for the International Exhibition of Paris. The first was considered an educational innovation paradigm and promoter of workers’ emancipation through learning, and the second, in addition to being an architectural landmark, was manifested as a republican values container and antifascist resonance box.

Taking advantage of the Gallery 6 distribution, first floor is dedicated to the Spanish Pavilion and the second to the Workers’ Institute. The ladder is the point of union and relationship between these two spaces that symbolize the utopian overflow that was experienced at that time.

Through the use of different techniques such as photography, video, drawing and sculpture, it is sought to investigate critically in the physical ruins, but also in the psyche of two “memory places” that were traumatically closed by the Franco regime. Two settings that show how that survives among us as a ghost that returns again and again with new forces, even it was repressed or remained unfinished.

Xavier Arenós’ (Vila-real, 1968) works explore utopian experiences of the past that were born with the aim of transforming society. With the idea of activating its potential, he reinterprets or reconstructs critically remains of such experiences (documents, architectures, or designees) through techniques closer to DIY.