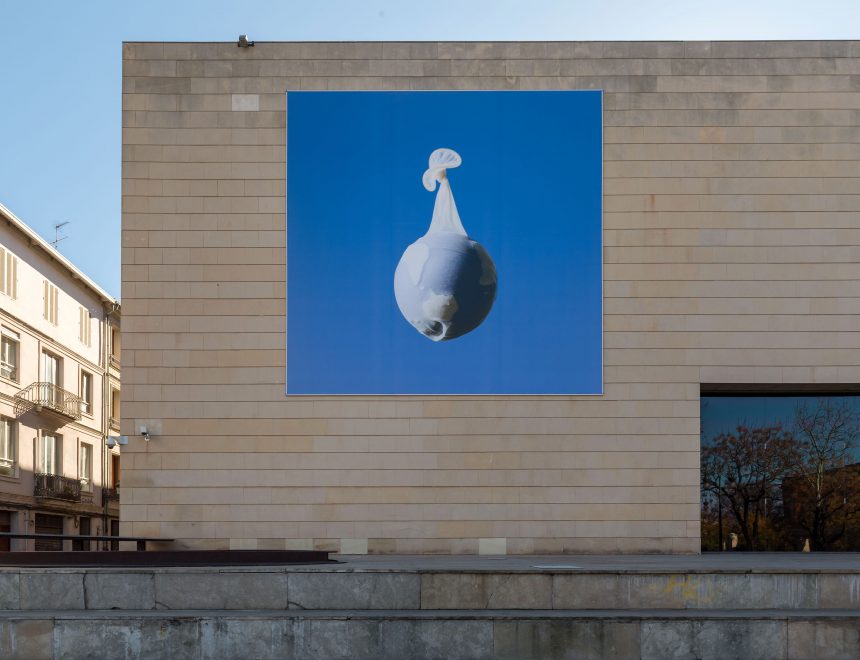 Homoerotic allusions or suggestions with a sexual content have been a constant feature in the work of Juan Hidalgo (Las Palmas de Gran Canaria, 1927 – 2018), transdisciplinary work situated in an area in which music, performance, photography and the world of completely ordinary objects cross paths and diverge. The World in a Condom, a work made as an object in 2007 and as a photographic act in 2008, is an example of this hybridisation, a way of adopting a metaphorical approach to explore the pleasure that the world arouses and the frustration that it also inevitably generates.