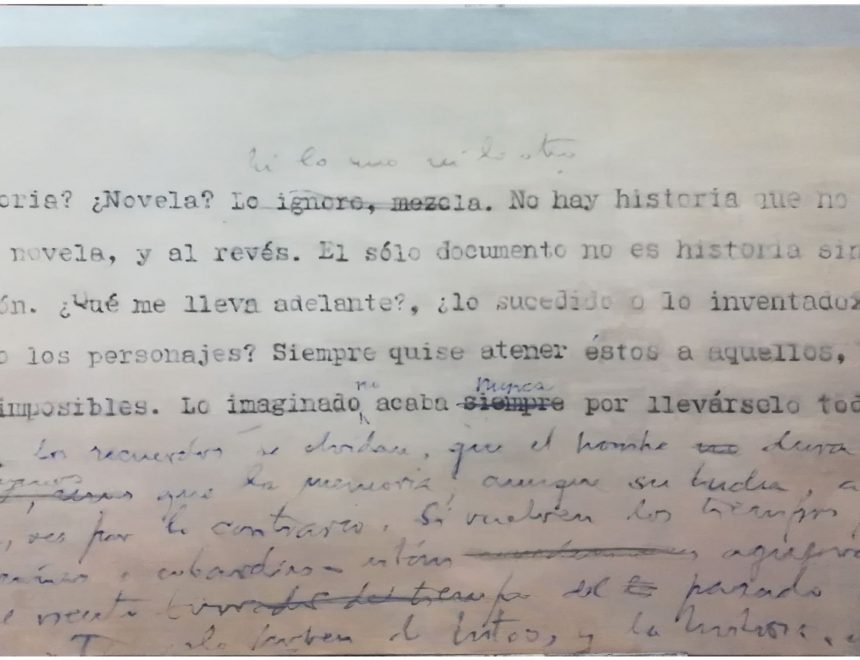 Of a documentary nature and related to the exhibition Times of upheaval, the show finds matter and memory connections in the works of three Valencian writers, Max Aub (Paris, 1903-Mexico City, 1972), Eduardo Hervás (Valencia, 1950-1972) and Rafael Chirbes (Tavernes de la Valldigna, Valencia, 1949-2015). Despite their different generations and historical realities, they had issues, subjects and resources in common. All three authors are almost ‘on the verge of falling into oblivion’, since they are better known abroad than here.

Documentation on each one of them is complemented by an interpretation of the works of Aub, Hervás and Chirbes by artist Chema López (Albacete, 1969) in his paintings.