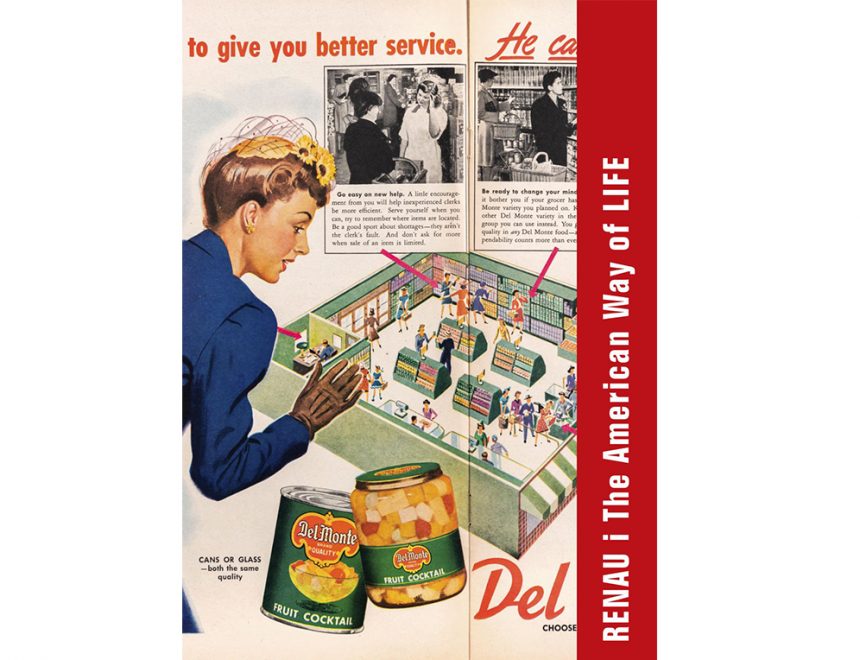 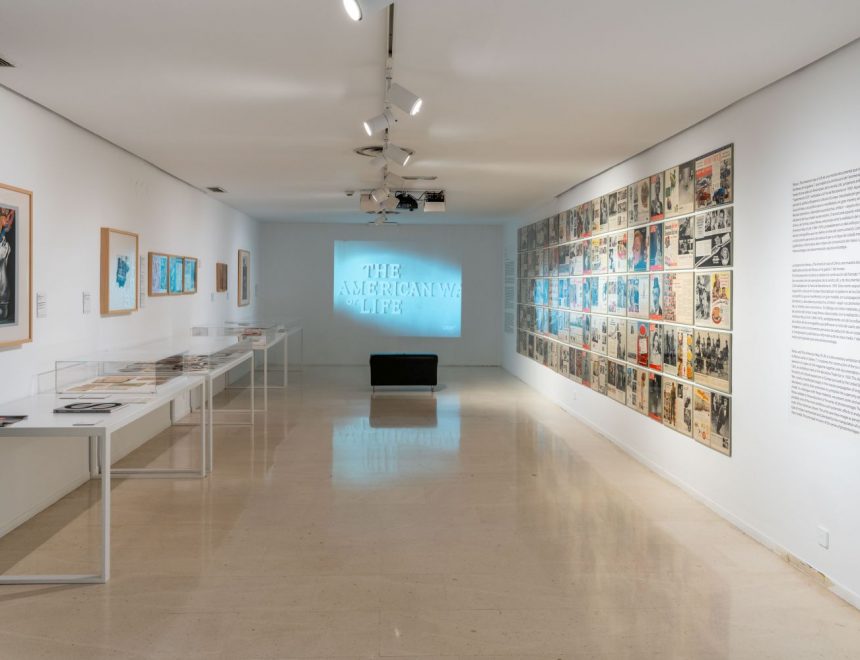 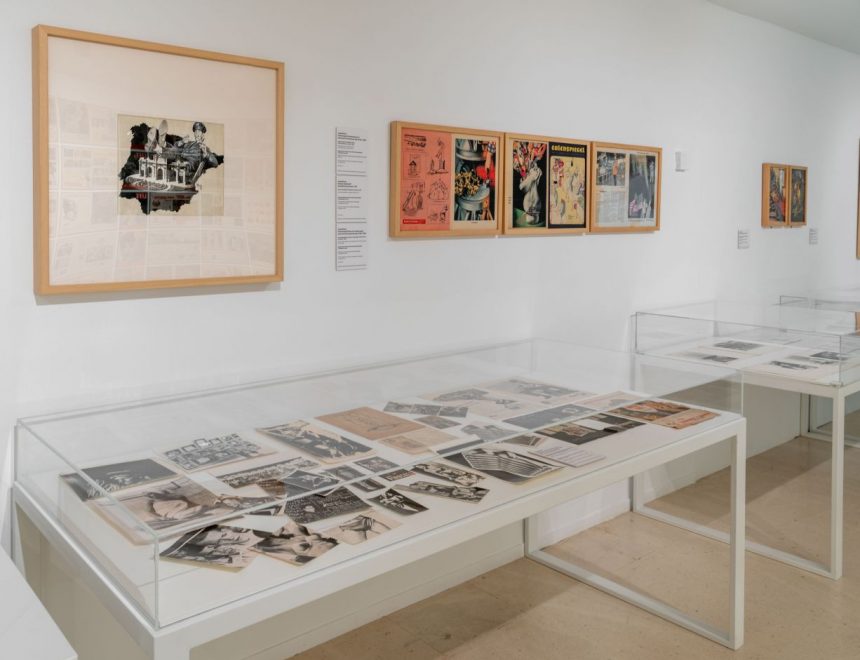 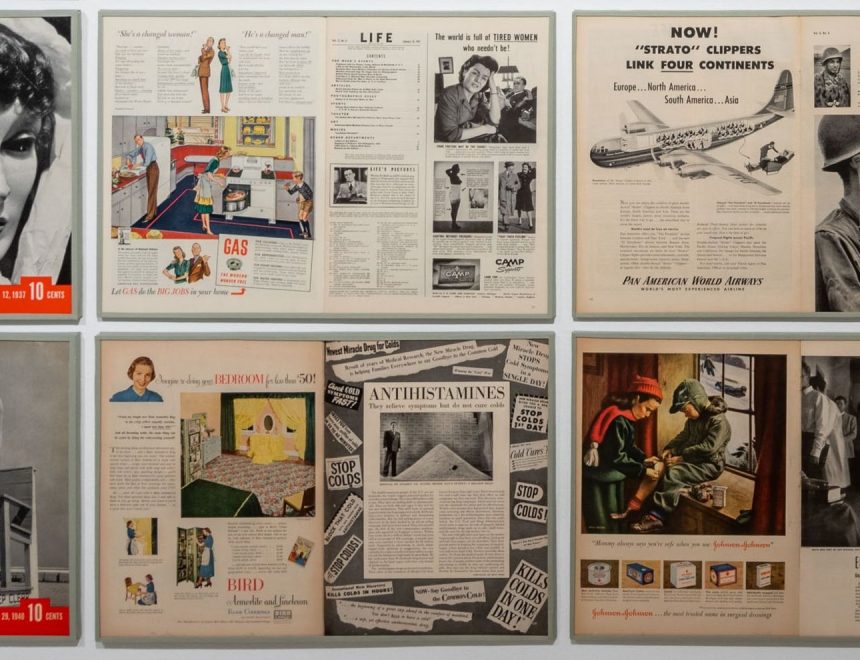 Renau and The American Way of Life is a documentary exhibition that complements the one dedicated to Renau’s exile in Gallery 7. It explores the construction of the so-called ‘American way of life’ through a selection of copies of Life magazine together with documentation on Supermercado USA (Supermarket USA), an exhibition held at the Barcelona Trade Fair in 1959. This display was an event forming part of the policy of cultural expansion in Europe pursued by the United States government during the Cold War, a policy manifested largely in the massive propagation of images of domestic bliss and productive abundance, said by their promoters to symbolise the superiority and efficiency of their socio-economic model.

In a dialogue with these materials, we present works and archive documents by the artist Josep Renau related to the production of his series of photomontages The American Way of Life (1949-1976), probably one of the most ambitious and systematic efforts to analyse the iconographies defining the myth of the American dream. The artist saw these images as perverse instruments of seduction for a type of citizen mechanised and alienated by the manipulation of information and advertising in the mass media. The principal mission of this series of photomontages was to unmask that strategy.