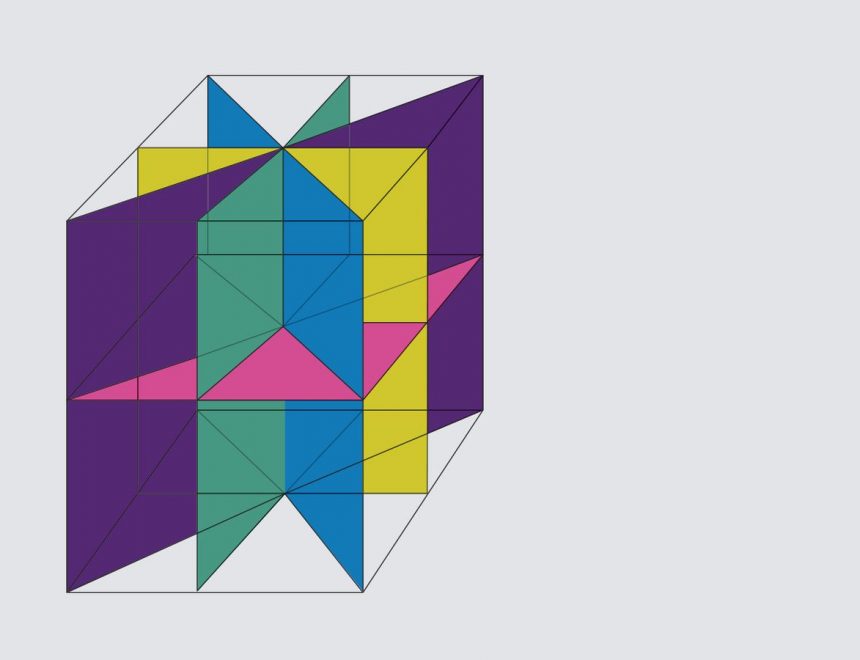 The documentary exhibition Apuntes sobre abstracción geométrica en España  (Notes about geometric abstraction in Spain) tries to offer clues about the crossroads between art and technology; conceptual and formal basis of many artistic practices developed in Spain since the sixties.

The starting point of the exhibition is the first joint exhibition of Spanish normative art (Primera exposición conjunta de arte normativo español), organized by the Parpalló Group and shown at the Ateneo Mercantil de València in 1960. This historic exhibition showed the aesthetic opening of Spanish art towards other paths that did not have informalism as their main objective. The Antes del arte collective, under the direction of Vicente Aguilera Cerni, proposed a questioning attitude towards aesthetic dynamics that were still very stiff and served as the beginning of practices where theory anticipated aesthetic results. Among the members of this group were Eusebio Sempere, Jordi Teixidor and José María Yturralde, leading figures in understanding the relationship between geometry, art and technology in the sixties and seventies.

Some of the members of the Antes del Arte collective, together with Elena Asins or Soledad Sevilla participated in the historic Computation Center at Madrid University, being an example of the wide range of Valencian artists in the first movements of Spanish geometric abstraction.