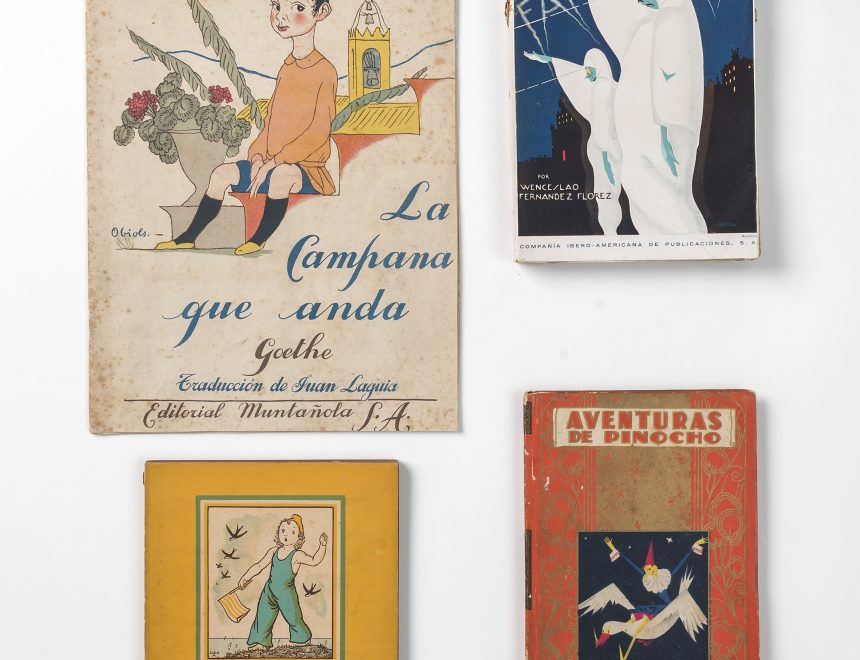 The documentary sample that we present studies the illustrated books directed to the children that made the most significant representatives of European artistic movements in the 20th century. It has a very special impact on the European interwar period and editorial production during the Spanish Republic. Recognizing particularly the work by Valencian illustrators and publishers.

In the exhibition, we will find printed material that is part of avant-garde aesthetics such as the movements of Dutch neoplasticism with the work of Van der Leck, the Czech functionalism with the charming Toyen album (Marie Cerminova) or the Soviet constructivism of The Lissitzky,the photographs of Alexander Rodchenko and the illustrator Alexandra Exter. We can not forget the Spanish artists Salvador Bartolozzi, Xavier Nogués, Tono, Lola Anglada, Antoni Clavé or the Uruguayan Barradas, who worked under the influence of the vanguards during the thirties and who saw their careers truncated during the Civil War.

All the documentary material and books that we show belong to the collection of the IVAM and its library.