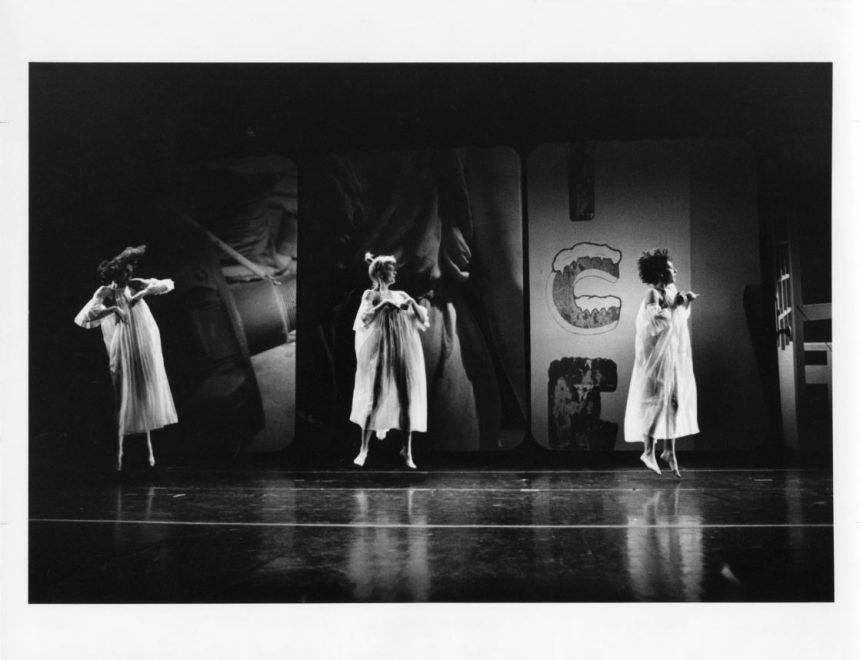 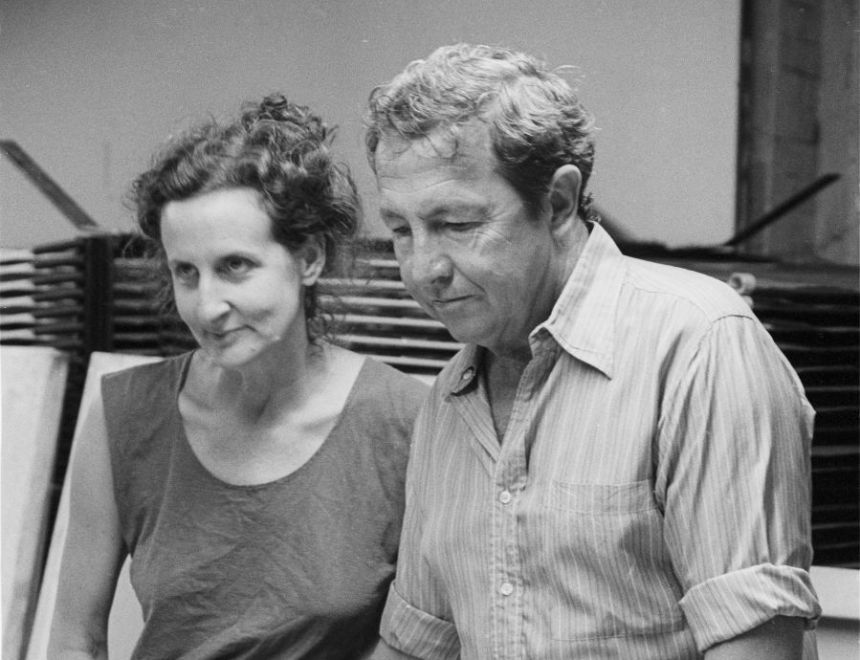 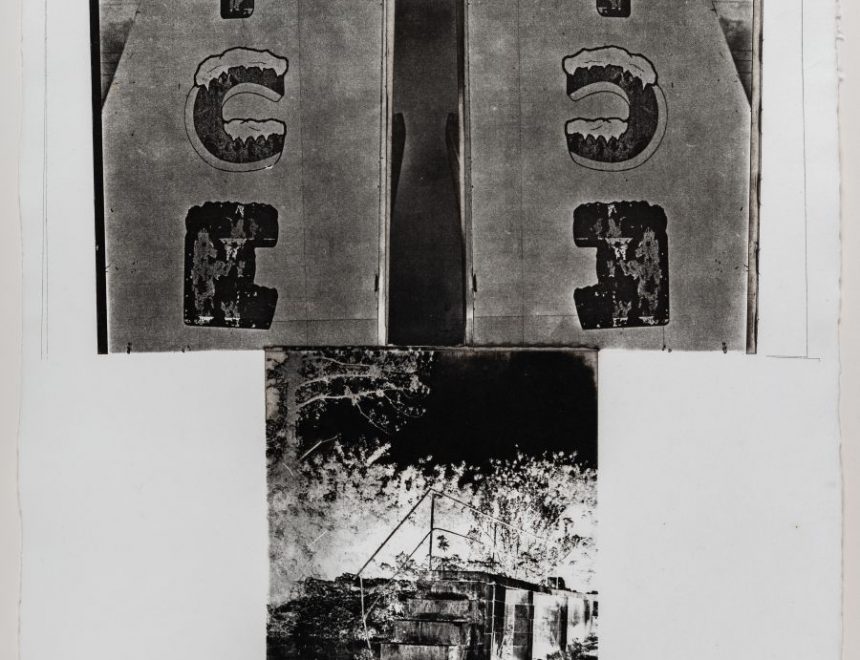 Trisha Brown’s choreography Glacial Decoy was previewed on 7 May 1979 at the Children’s Theater in Minneapolis (Minnesota). For the dancer, choreographer and artist (Aberdeen, Washington, 1936 – San Antonio, Texas, 2017), Glacial Decoy was a turning point in her career, as it was her first work conceived for the proscenium stage, following others made for alternative spaces. For this change of presentation venue, Trisha Brown brought on board the artist Robert Rauschenberg (Port Arthur, Texas, 1925 – Captiva Island, Florida, 2008), who she had met at Merce Cunningham’s studio in the early sixties and who had prior experience working with choreographers like Cunningham, Paul Taylor, Viola Farber and with the Judson Dance Theater.

This Case Study relates five works by Robert Rauschenberg from the IVAM Collection, Glacial Decoy Series I-V (1979), with Trisha Brown’s choreography, for which Rauschenberg designed sets, lighting and costumes. The images in these photoetchings come from the surroundings of Fort Myers in Florida, and are part of the 620 that Rauschenberg chose, from a total of over 6000, for the visual presentation of Glacial Decoy.

Trisha Brown and Robert Rauschenberg played a key role in the development of postmodern dance, pushing the envelope of form and movement. Their joint work proved critical for their individual visu-al and kinetic research, and over the course of five decades Brown and Rauschenberg had a profound influence on each another.