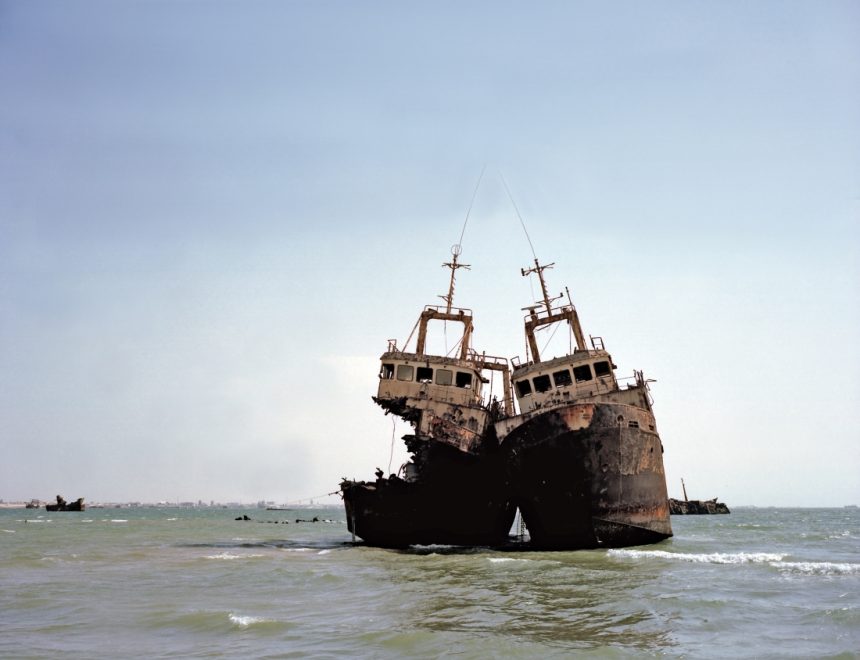 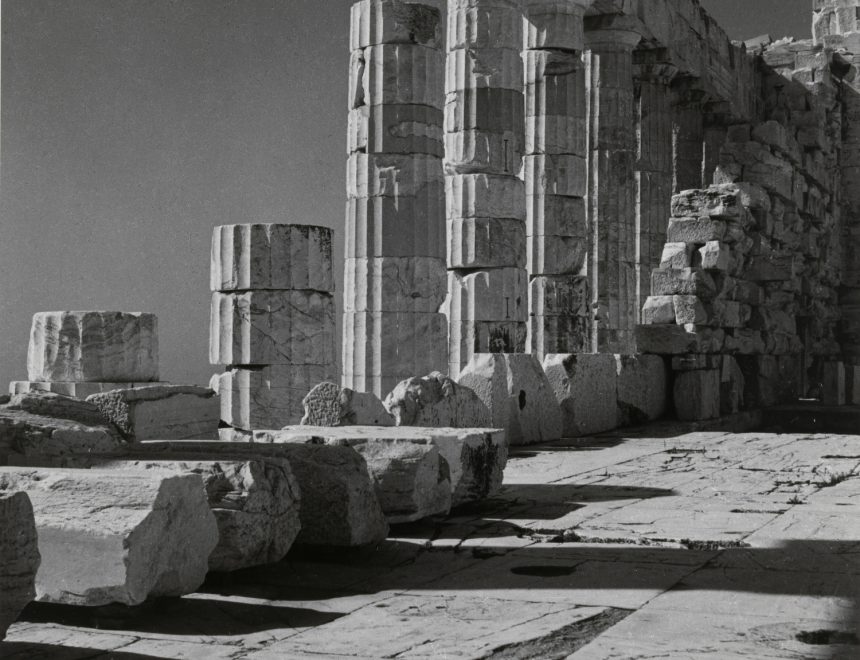 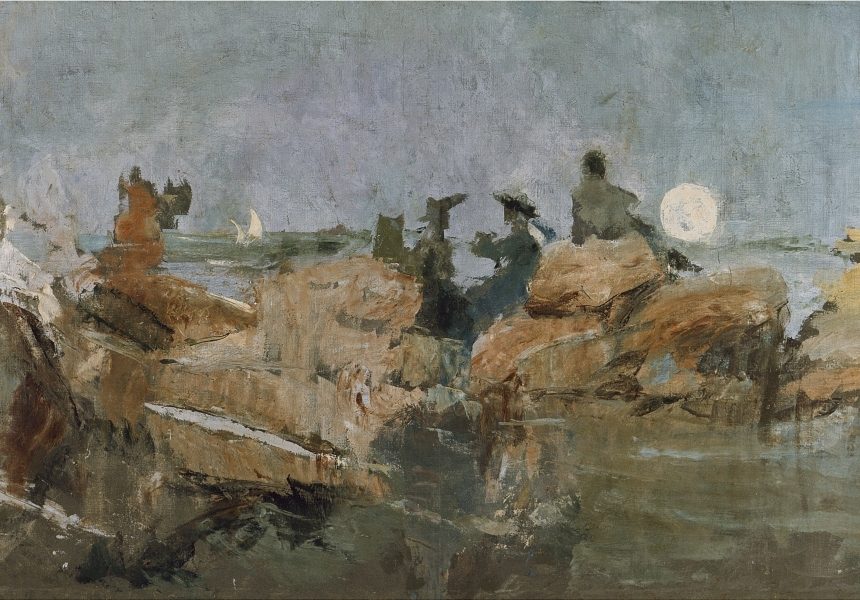 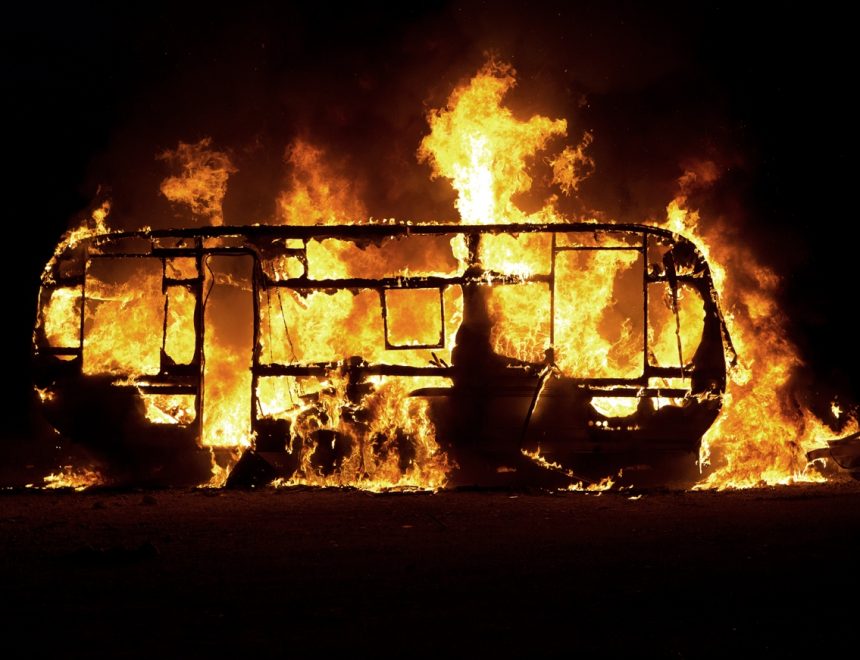 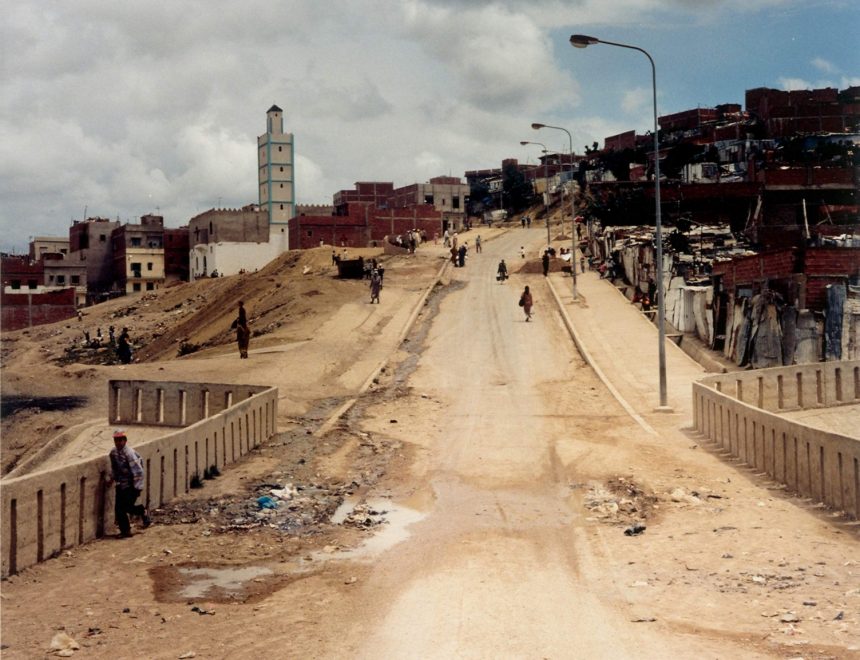 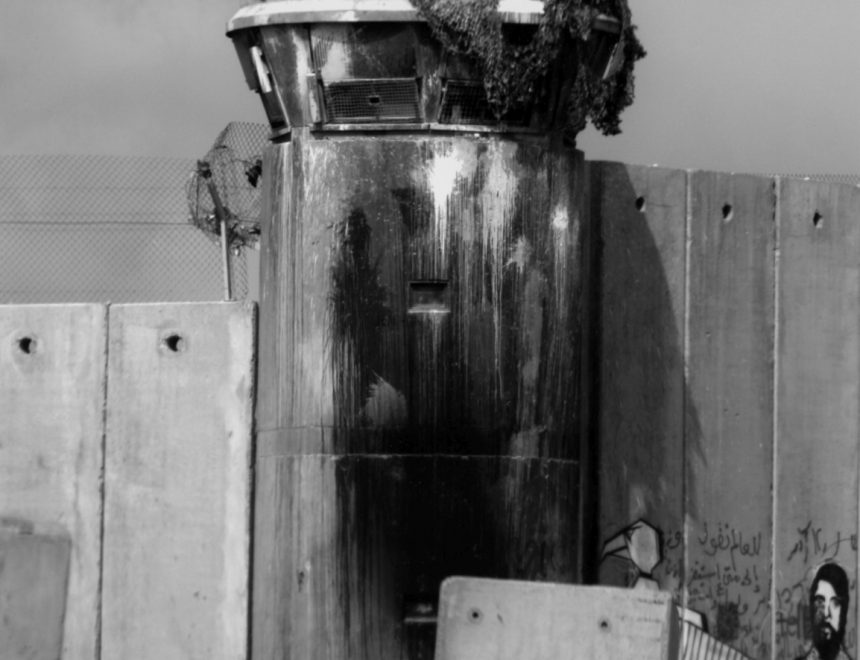 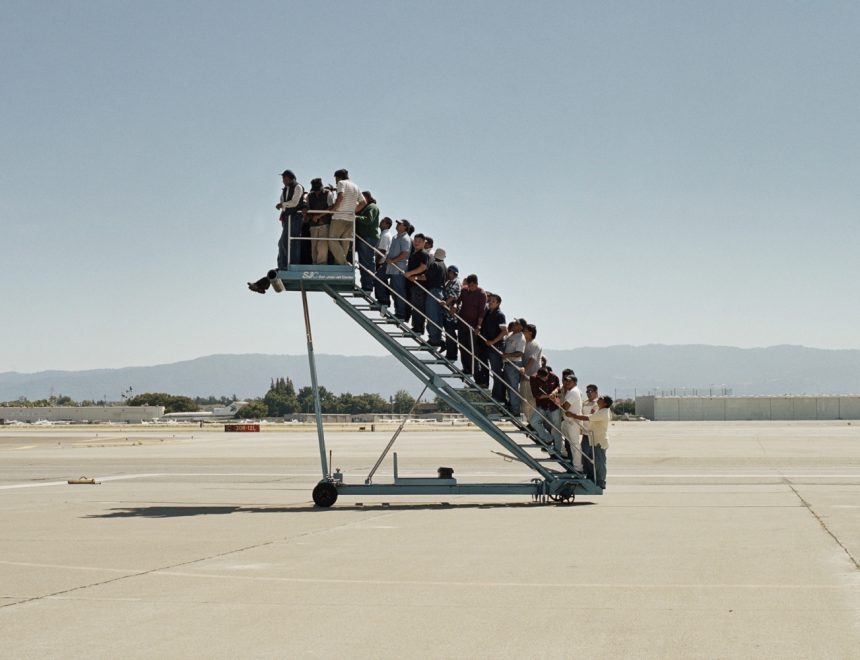 Cella and Portico of the Partenon, Athens, 1937

Devoted to an analysis of the sociocultural reality of the Mediterranean, this show questions whether this geographical area exists as a cultural, political or social entity. The exhibition, which is arranged in two parts, reflects firstly on the myth, that of the intellectuals from the north of Europe who travelled south in search of the lost Arcadia. Some of them did so to improve their health, others to encounter a much freer vision of the human body as an element of pleasure, without the taboos of Protestant countries. To illustrate this idyllic image of the Mediterranean there are photographs by the German photographers Wilhelm von Gloeden and Herbert List, and paintings by Pinazo, Sorolla, Picasso and Muñoz Degraín.

The second and more contemporary part of the exhibition reflects on how there has been a transition from that idealised view to one of “fright”, with the Mediterranean as an area of permanent conflict, with problems such as immigration, inequality, racism and impassable frontiers. Photography and video predominate among the works that are exhibited here, works by Spanish artists such as the Valencian Sergio Belinchón, and by Yto Barrada and Bouchra Khalili from Morocco, Zinedine Bessai from Algeria, Akram Zaatari from Lebanon, Adrian Paci from Albania, Taysir Batniji from Palestine, Zineb Sedira from France and Ursula Biermann from Switzerland, among others.

Between Myth and Fright 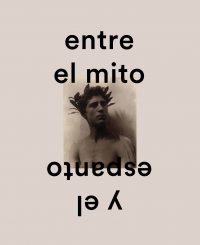