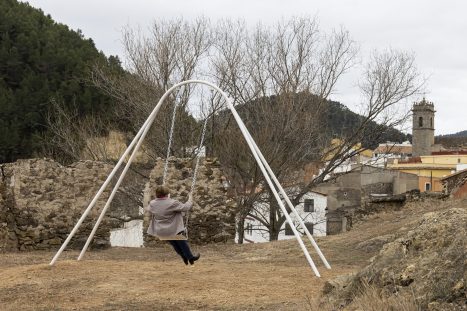 CONFLUÈNCIES. Artistic interventions in the towns of Route 99

Reading and listening to Villamalur and its inhabitants has formed part of the creation process of this piece. Of everything that has been analyzed and listened to, two concepts have been used as creative materials for the project.

On the one hand, childhood understood as the day-to-day absence and symptom of depopulation, but also as a memory and presence desired in the town. When we talk to the residents of Villamalur about their grandchildren, we talk about their own childhoods, their games, about the privilege of having a field of freedom made up of streets, houses and greenery. That childhood that is remembered, but is also present and is where we project ourselves and trust in the future.

On the other hand, the proposal relates to signs of abandonment in the physical urban surroundings. Travelling around the upper part of the town is visiting the abandoned plots as witnesses to an economic activity that no longer exists. Its squares surrounded by hay lofts, where wheat was once threshed and thrown and where they dried out figs, offer us a privileged location from which we can make a stop to admire the town and the landscape.

The intervention materializes in a swing situated in one of the plots of Villmalur. The swing as a symbolic element that takes us back to childhood, as a pendulum that marks the passing of the present, as a memory device or time machine that locals use to talk to their children, grandchildren of what was, is and will be Villamalur.

You can download here the extended information about our intervention.

This item is an art installation in an old abandoned era intended for swinging and enjoying the views. This area is not a play area.
The correct use of this element by children under 12 years of age will be supervised by an adult.
You have to pay attention to the unevenness, as well as respect the work and the environment.

Fent Estudi Coop. V. is a Valencian cooperative founded by Eva Raga, Isabel González and Fran Azorín in 2016. They carry out studies and interventions in the region with the active participation of the residents and the use of local resources, with the aim of creating fairer and more inclusive urban and architectural environments. 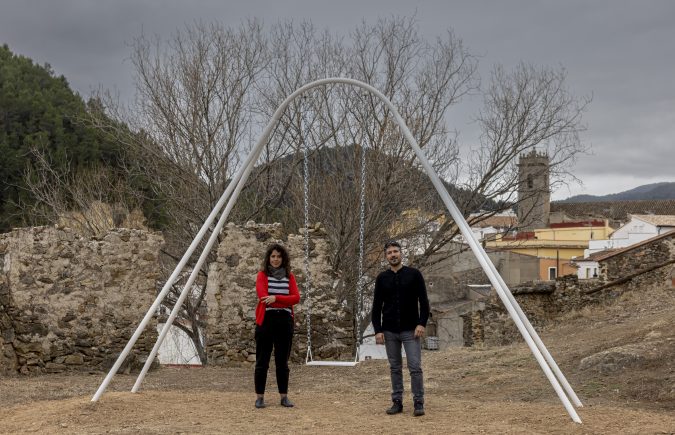 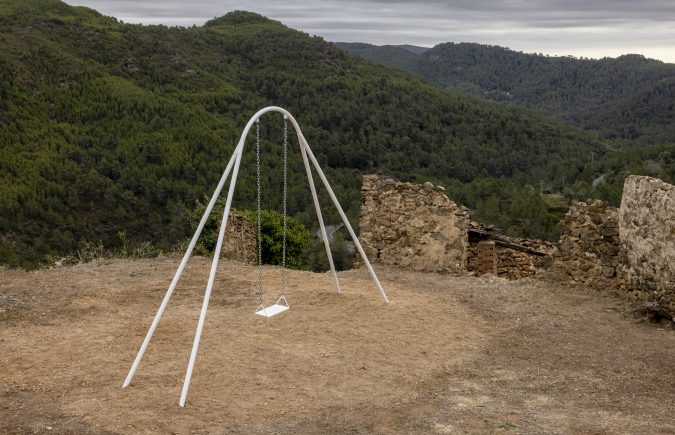 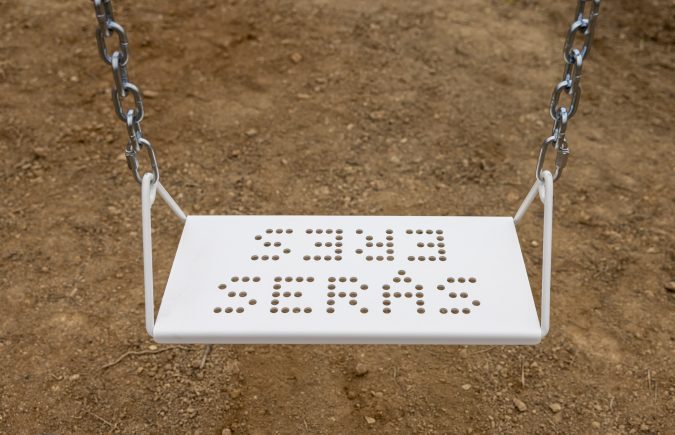