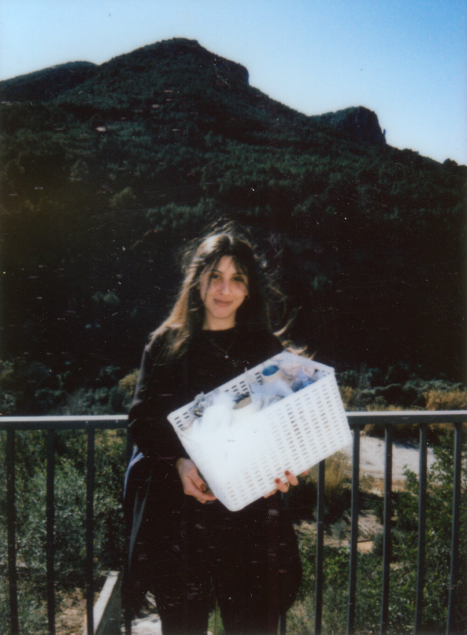 CONFLUENCES. Art interventions in the towns of Route 99

In San Antonio Street, between Baja Street and Church Street, stones of different sizes are assembled with mortar. Roughly the size of an open hand, one on top of the other, both being open. Or little bits of it, making up the tower. A tower is fundamentally an architectural form of vigilance. In Tarot, it is associated with chaos, catastrophe and ruin. Also with growth and evolution. On a nameless path that comes out of Moreral Street, just behind the town hall, beside structures for exercising the body and benches to relax it on, there is a new tower on a plinth made of stones. Seven rows of bricks. An emblem of place. A reproduction is a copy of an original. After the summer, only two lines of mud remain on the rocky block of the reproduced tower. A Donald Judd that is somewhat more rustic than normal. It was the young lads, they said in the village. They come to the village and destroy it. They thought there was a treasure inside. The destruction was not arbitrary or gratuitous. A treasure is a concentration of lost or unused wealth. This project departs from this last concept. Thus, we propose three interventions based on the idea of a series of treasures to be discovered within the village:

Calle de la Iglesia, 5 (casa de Delfina), A treasure. You tell me those things and I am in this wasteland

Download here the information about the pieces and their processes.

Sandra Mar (Valencia, 1995) studied Fine Arts and a Masters in Art Production at the Universitat Politècnica de València, where she specialized in ceramics. Understanding clay as a canvas, this material ended up being used as the support for her drawings and writing. 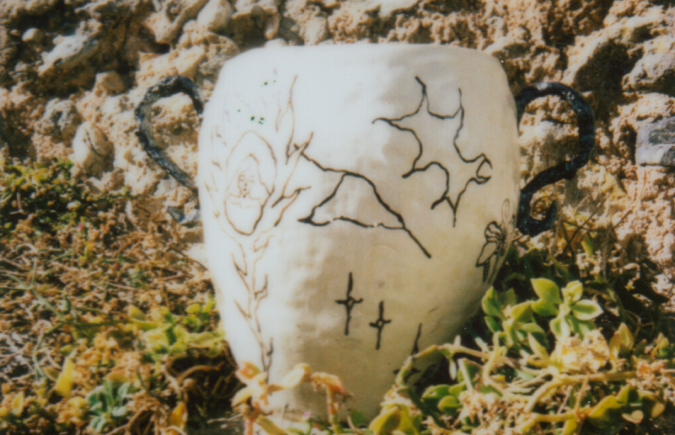 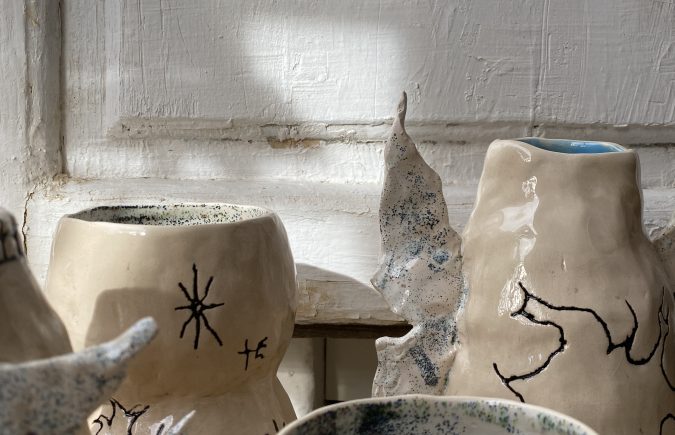