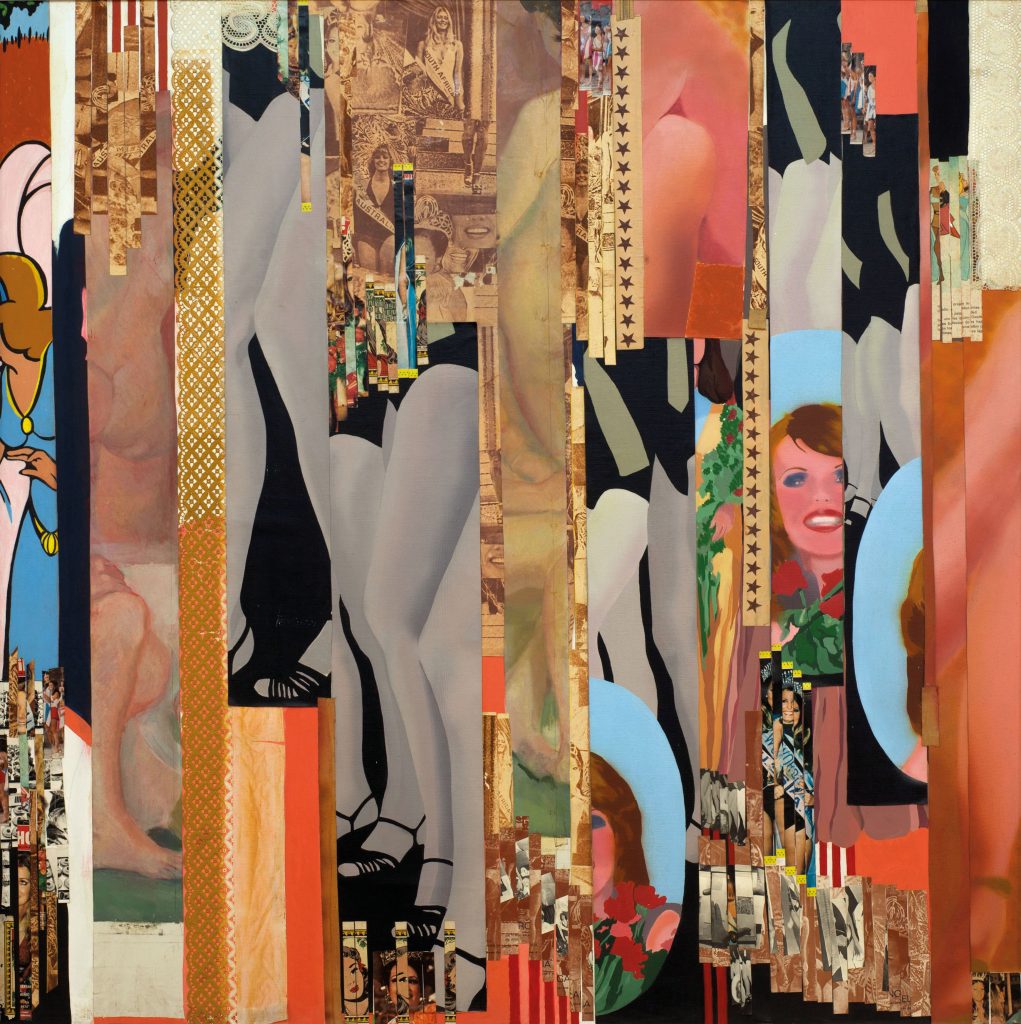 The series Misses is framed within a group of works under the heading of the feminist art genre, which began to stand out in Spain in the 1970s and involved vindictive works made by women who refused to accept the role that such society had imposed upon them.

This work, a mixture of painting and collage, organises the composition of the pictures expressed in vertical strips. The different changes of scale give verticality to the pictures, some of them painted previously and others taken from women’s magazines and fairy comics.