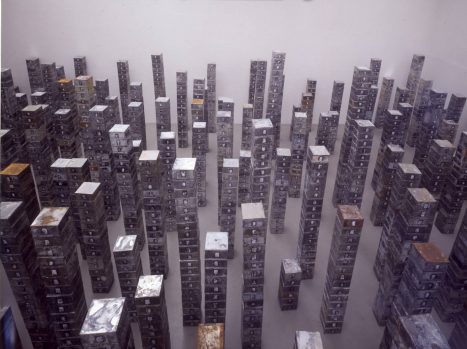 Memory, loss and death are the cornerstones of the work of Christian Boltanki, obsessed by the major issues related to human existence, such as the disappearance, forgetfulness, chance of living and the trail left by any life after ceasing to exist. La Réserve des Suisses Morts, 1991, one of his most significant works, is part of the IVAM Collection.