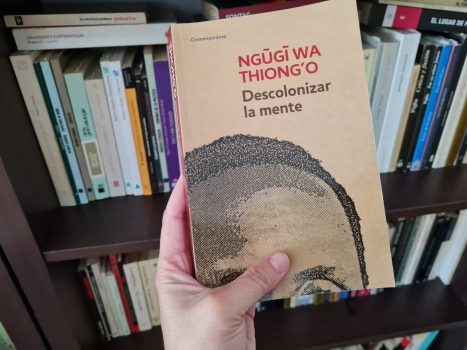 In this session we will approach the literature being produced on the African continent with the dynamisation of United Minds, a Valencian bookshop specialising in African culture and literature. We will share a reading of the book Descolonizar la mente (Decolonising the Mind) (2015) by the Kenyan writer Ngũgĩ wa Thiong’o (Lumaru, 1938), which will serve as a starting point for reflection and debate among attendees.

Synopsis: Descolonizar la mente (Decolonising the Mind) is an inescapable reference in the linguistic debate taking place within the framework of post-colonial studies. It brings together four lectures by the author whose common thread is not only a reflection on the role of language in the construction of national, cultural, social and historical identity, and its role in decolonisation, but also on the life events that have contributed to the author’s thinking. Ngugi wa Thiong’o, a multiple Nobel Literature nominee, regards this book as a declaration of intent: since one’s mother tongue is a crucial aspect of one’s identity, he believes it is necessary to say goodbye to English and use Kikuyu as his main language of literary creation. 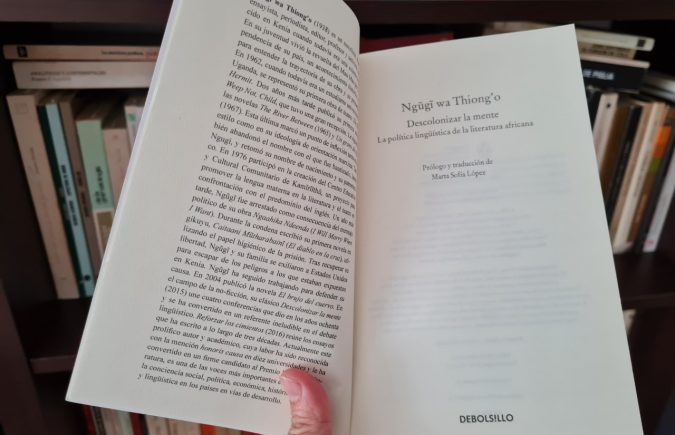