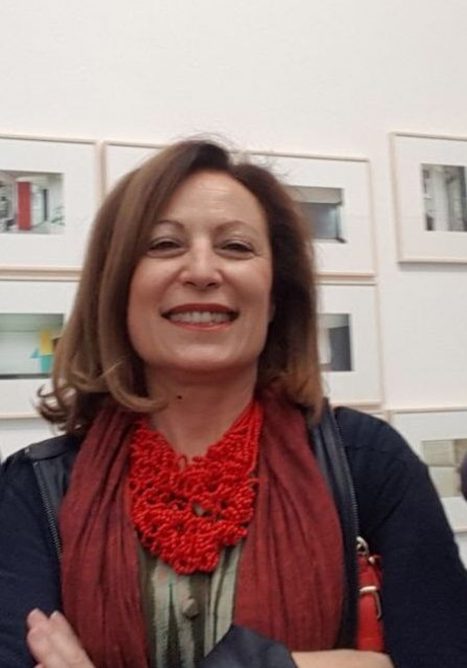 Rosa Tamborrino is Full Professor in History of the Architecture since 2006 at the Polytechnic of Turin (Polito). She got her PhD on History and Critics of Architectural and Environmental Heritage (Polito 1993) and MA in Architecture (University IUAV of Venice 1986). From September 2017 to 2021 she serves as President of The Italian Association of Urban History AISU. She is currently WP leader of HORIZON RURITAGE project (Rural regeneration through systemic heritage-led strategies – H2020 “SC5-21-2016-2017). She is a member of the Doctoral Committee in Architectural and Landscape Heritage, Doctoral School of the Politecnico di Torino, and director with Willeke Wendrich, UCLA, of the Polito-UCLA Summer School Program ‘Cultural Heritage in Context. Digital for the Humanities’.She is in the board of Peer-Rewieved Journals Città e Storia and DigitCult. Scientific Journal on Digital Cultures. She is a member of the international Urban Image Group of the European Architectural History Network.

She has been Visiting Professor at the University of California, Los Angeles UCLA (2017, 2018), the Harbin Institute of Technology HIT, China (2011), Professeur invité at the École des Hautes Études en Sciences Sociales, EHESS Paris (2017, 2018, 2019), and Invited Lecturer in several universities and at the Italian Institutes of Culture in Buenos Aires (2016) and in Paris (2017).

Her research mainly focuses on 19th-20th architecture, cities and its images. She published more than an hundred articles, essays and books including some contributions on photography in the framework of architectural and urban culture. Among her publications, ‘Pour regarder. Le Corbusier, Guido Guidi’, in G. Guidi, Le Corbusier 5 Architectures (Heidelberg: Kehrer Verlag, in press); R. Tamborrino, W. Wendrich, ‘Cultural heritage in context: the temples of Nubia, digital technologies and the future of conservation’, Journal of the Institute of Conservation (Rouletdge) ; R. Tamborrino, F. Rinaudo, ‘Creative Mapping Landuse and Human Activities: From the Inventories of Factories to the History of the City and Citizens’, In World Academy Of Science, Engineering And Technology; Digital Urban History. Telling the history of the city at the age of the ICT revolution (ed.), (Rome: CROMA University of Roma Tre, 2014); ‘Searching for a state-of-the-art public space: city museums among archives and networks’, Planning Perspectives (UK), vol. 27, n.3 (July 2012); Parigi nell’Ottocento. Cultura architettonica e città (Venise: Marsilio, 2005); Le Corbusier. Scritti, Fotografie di Guido Guidi (Turin: Einaudi,2003).