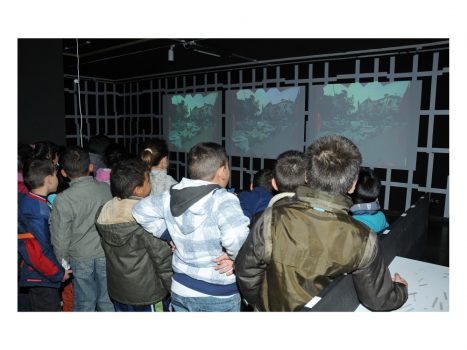 The didactic workshop “Confines. Passage of the Contemporary Arts ” is based on the work of the artist Esther Stocker, who tries to reflect the limit existing between the painting and the architecture. A limit understood as something that is on both sides of a border. The didactic activity is about the work “Untitled, 2006”, in which the public is a mere spectator, but afterwards, it turns into a part of it and even to being able to walk around it. This way the existing barrier between the work of art and the spectator is broken. This work begins with the investigation of the term “bundle” conceived as a cavity to be protected from external incursions and of being walked.

When some has acces to the didactic workshop the word “limit” is labeled in the floor. Once inside the workshop, in a few panels integrated inside the own space of the workshop, the tables and chairs are placed to be able to work in an individual form, about Stocker’s work, which proposes a reflection on the sense of the geometric abstraction, on the modalities of perception between work and spectator.

Primary forms, reticles, compositive geometries that vibrate for the interaction of “no colors”, white and black, constitute the only occasion to get in touch with an artistic tour that proposes the reflection on the conceptual and visual devices of the modernity. The participants will work with three dimensions and will create a model for a passable space. These compositions will me made with rods of wood that have to be assembled and later be painted in black color. It is a question of looking for in the white of the space and in the black of the structures, and this way creating a fluid, dynamic language, with great energetic presence. A global image intends to be provoked using the “no colors” where its components vibrate and play with our perception. It will be possible to observe the limits of a completely white space get lost, not knowing in which plan the black structures. On having a space a completely white our visual perception gets lost because it lacks references. Once the work is finished, every participant will be able to take his work.

The workshop will be displaying the projects made by the pupils from the schools which took part in it from November 22nd, 2009 to January 10th, 2010 during the museum’s opening hours. Each group will present a collective work using photography and photomontage, which will result in a collective exhibition where their experiences and impressions will be reflected. 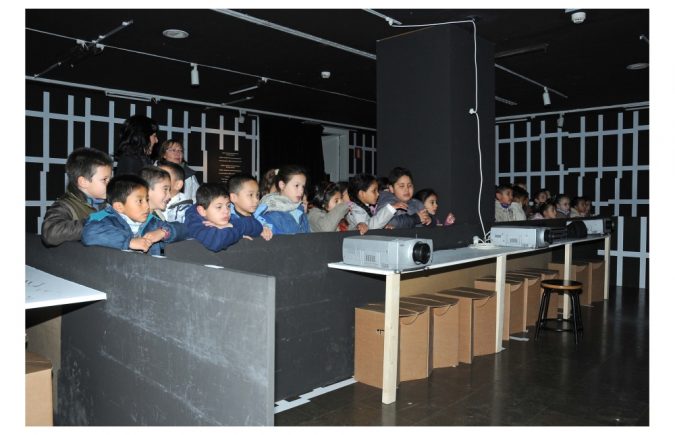 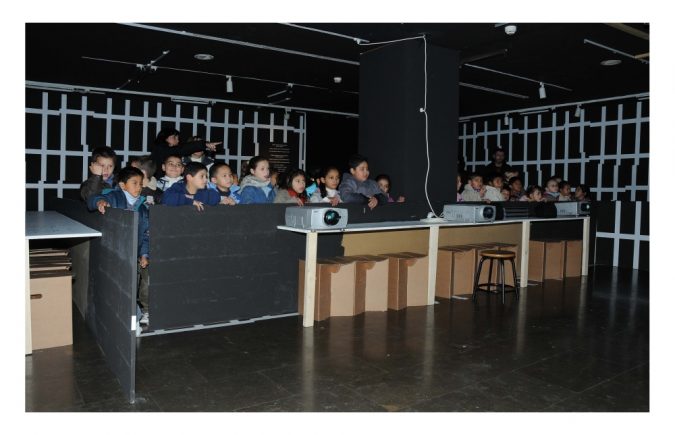 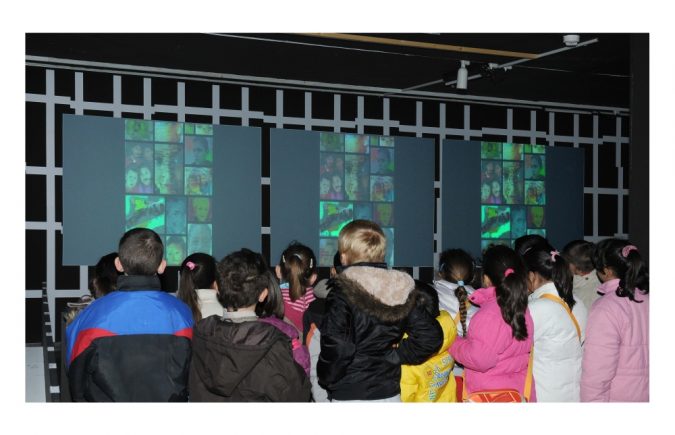 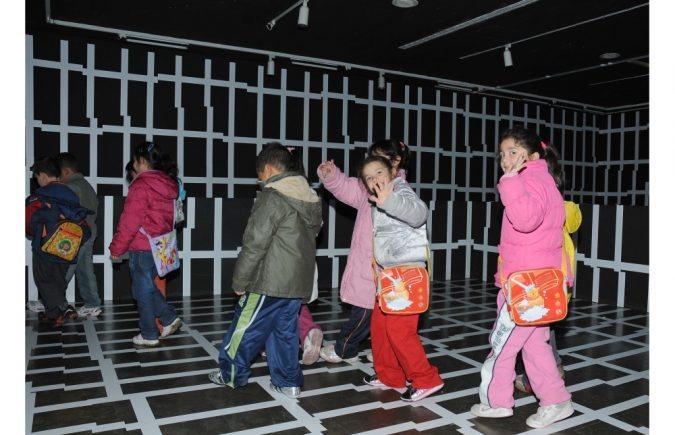