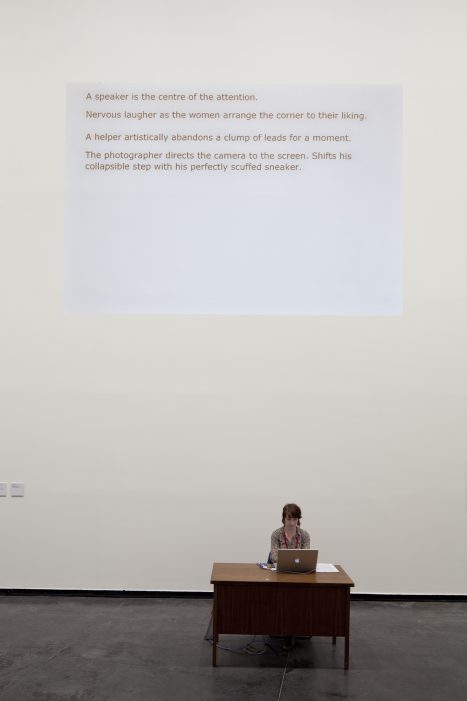 It will take place at Fine Arts Faculty, Polythecnic University of Valencia

This workshop will present two consecutive lines of work:

In the first of them, we will try to create, between all of the participants, a “state of things” of the city of Valencia as a “man who just fell into the earth” would do it: by walking around the city on an intense day in several itineraries (as many of them as there are participants) and describing everything we see, minutely and without prejudice. From the transcription of the recorded audio files and the selection of the resulting texts, we will develop a script for one of the performances that will take place at the exhibition at the IVAM on February 2016.

In the second line of work, and from two previous conversations published between Peio Aguirre and Dora García on the idea of performance, action and acting, a debate will take place in which these concepts will be discussed among the participants, whose results will be part of a tumblr (http://performanceactionsituation.tumblr.com/), which, in turn, will be used to create the script of another work that will be presented in the exhibition.