You can plan your visit to IVAM, whether you have plenty of time or are short on time. Here is all the information for you to manage it in the most convenient way. From schedules and fares, with special discounts for different groups, to tips on the means of transportation that will take you to the museum. Be sure to check the guided tour schedules so that you can book them in advance.

With the start of the academic year, we are once again launching the guided tours of the IVAM exhibitions, but we have changed the format and updated the content. The mediation that we propose comes from the hand of specialists trained in art history, fine arts and humanities to offer tools and support that facilitate positioned readings of the IVAM exhibitions to the attending public in an agile and enriching way in both official languages ​​of the Valencian territory.

RESPECT THE ARTWORKS
It is not allowed to touch or approach artworks too.
Please keep a safe distance from them.

GROUPS
Groups must have a maximum of 10 people.
These will have to be always accompanied by the group leader.
Boking at educacio@ivam.es

FOOD AND DRINK
Food and drink are not allowed in the museum.
Breastfeeding is an exception.
Smoking and the use of electronic cigarretes are not allowed.

ANIMALS
No animals are allowed in the museum, except for guide dogs.

LARGE OBJECTS
Large objects: backpacks, suitcases, bags or umbrellas, are not allowed.
These objects can be checked in the coatroom.

BICYCLES
Entering the museum with bikes, skates or similar is not allowed.
We suggest you using public bicycle parking at the foot of the stairs to IVAM.

In an attempt to bring modern art to all audiences, the IVAM offers free tours.

Find the location of the exhibition that most interests you, either the new visions about IVAM’s Collection or the permanent installations or exhibitions. And if it is the first time you visit us, here you can see all our exhibition offer. We also work for the museum to be accessible to everyone. You can view some of our services, such as cloakroom, baby change or loan of wheelchairs for disabled people.

ACCESSIBILITY
IVAM works to ensure accessibility for all people at exhibitions and activities.

FREE ADMISSION
Disabled people have free admission to the museum, and the person accompanying as well.

ACCESS AND LIFTS
The museum has a ramp to the main entrance and elevators equipped with Braille buttons and adapted to access the various galleries.
The IVAM has a free loan of wheelchairs for those who request it.

TOILETS
The toilets located on the ground floor are adapted for wheelchair users.

Manifestations of ideas, emotions and poetics

In the IVAM’s temporary exhibitions different artistic languages coexist as they really are: manifestations of ideas, emotions and poetics of artists who at all times choose their best way to express themselves. Modern and contemporary seen as strongly intertwined aspects that can not be understood without each other. The global and the local are not exclusive but complementary approaches to help us better understand a world of increasingly complex art. Temporary exhibitions maintain smooth relations of complicity and integration with the permanent collection to create common feelings and experiences.

The permanent collection, epicenter of IVAM

The permanent collection is undoubtedly the epicenter of IVAM. This is a unique collection, which is one of the most outstanding in Spain and has enabled the IVAM became a museum with great personality. It has an enviable artistic heritage with works from different geographies and cultural contexts: Valencian artists, Spanish, European, Latin American, North American…

Here you can see the maps of IVAM’s galleries 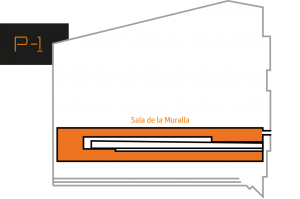 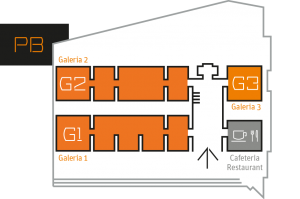 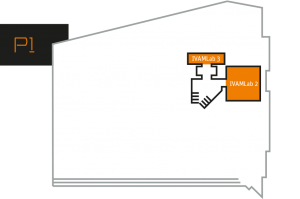 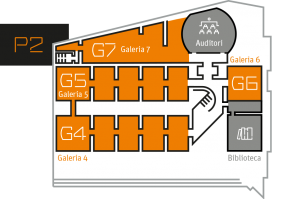 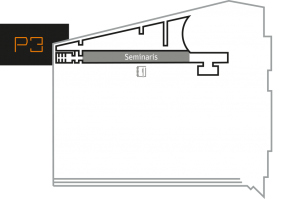 TECHNICAL MAPS OF THE GALLERIES

The Valencian Institute of Modern Art has a special vocation for teaching. Here you will find our range of educational workshops for all ages and all types of people. The young audience, workshops tailored to their age, remains one of our priorities. Also, you can check the activities we organize to deepen the theme of the exhibition: conversations with artists, curators or experts, or seminars.

With the educational workshops IVAM’s aims to encourage youngsters to artistic creation and aesthetic experience. Its function is primarily to enable sensing understand art materials, touching, enjoying the perception that produces such a direct relationship. It is a way to help them develop sensitivity and imagination. The IVAM encourages schools and colleges so that students participate in these workshops to experience, enjoy and love art.

The artistic and cultural research

The artistic and cultural research and linkages with universities is an essential element in the program of activities and cultural programs of the IVAM. Seminars related to exhibitions and others which initiate an own line of research offer the opportunity to understand the IVAM as a museum highly interested in disseminating modern and contemporary culture to a big part of society. Seminars represent a fruitful link between areas of the IVAM as important as didactics, activities, library, exhibitions and publications.

The IVAM organizes conversations with artists

The IVAM organizes conversations with artists aimed at students of art and culture, or for anyone interested in the art world. They are intended to enable artists to explain the characteristics of their works, the creative process, the procedural difficulties and everything that makes possible the construction of different artistic poetic. The possibility of listening to an artist talk and explain their own work in person is an experience that can greatly help who listens to enjoy art.

Learn and have fun with this interactive educational workshop that brings you closer to the historical figure and work of Andreu Alfaro (1929-2012). You will discover his works through crafts, word games, interactive games and an image gallery.

IVAM opens its facilities to all kinds of art forms, from dance performances, concerts and film screenings. Both the concourse entrance of the building, as the main foyer or hall become scenario of this type of cultural expressions, which complement the permanent and temporary exhibitions organized by the museum.

IVAM is open to all kinds of cultural and artistic events

The IVAM is open to all kinds of cultural and artistic events, including, of course, performing arts. Theatre have a place in IVAM’s programme, a museum that intends to be a meeting place for people of all generations. Music, film, and theatre complement the exhibitional and educational offer of the museum.

The importance of cinema

The cinema has a prominent place in the IVAM. The museum organizes film screenings and film series, in some cases related to exhibitions that can be visited in the museum, but also to other issues. In addition to the projection of the films, it offers the public the opportunity to take part in subsequent discussions as a forum for exchanging experiences related to film image.

IVAM is open to music

The IVAM is open to all kinds of cultural and artistic events, including, of course, music. Concerts, performances, festivals … have place in IVAM’s programme, a museum that intends to be a meeting place for people of all generations. Music, film, and theatre complement the exhibitional and educational offer of the museum.

In 2018–2019 the IVAM and the Plácido Domingo Advanced Study Centre (Palau de les Arts Reina Sofía) are continuing the series of musical performances that began in 2015, offering one performance a month from October 2018 to June 2019.

The main aims of this collaboration between the IVAM and Les Arts are to stimulate mutual involvement in the programmes of the two institutions and to show the inexorable link between different arts. A further objective is to place the cultural image of the Valencian Community in a position of prestige and to underline the importance of culture in the development of contemporary societies.

At the IVAM Library, located on the second floor, you can find our exhibition catalogs published by the museum. Also you have the opportunity to access freely and free of charge, to different types of funds related to the subject of modern art. From magazines, posters or papers to the archives of artists like Josep Renau or Julio González and even audiovisual recordings of lectures.

The Collection contains about 47.000 documents

The IVAM library specialises in modern art and serves the purpose of providing all IVAM activities with documentary support as well as contributing to the spreading of modern art by putting at the disposal of scholars and researchers both its facilities and its collection. It is a free access service.

The Collection contains about 47.000 documents, placed into two spaces, the store and the Reading Room, with 26 seats available for users.

To consult funds, it is recommended to contact the center in advance by email: biblioteca@ivam.es

No need to leave the IVAM to eat at a fine restaurant, or for a coffee or a snack in the cafeteria. In the cafeteria, located on the ground floor of the museum, you can try a daily menu, inspired by the new Mediterranean cuisine.

You have free WIFI in the lobby area, the auditorium, library and cafeteria. IVAM is very active in social networks. Today we are present on Facebook, Twitter, Pinterest and Youtube where you can find information about our exhibitions and activities of all kinds, educational workshops, guided tours, pictures, videos, etc. We encourage you to participate, to give us your opinion and send us your suggestions.

The IVAM offers visitors access to free public internet in four areas of the museum.

• Lobby. With a specific space for this activity and has an electrical system for powering portable equipment or to recharge batteries.

You can request the password at the information desk and lockers.